Bedford Physical Training College was founded in 1903 by Margaret Stansfeld in a house she purchased, Wylam Lodge at 37 Lansdowne Road, with thirteen students. It was the third English college in the Ling tradition to be founded,

Born on 10th March 1860 in Edmonton, Middlesex, Margaret became a pupil teacher at a board school in London. She first encountered 'Swedish gymnastics', a relatively new subject, when she enrolled in courses for female board school teachers offered by Martina Bergman-Österberg in 1881. Swedish gymnastics originated in the pioneering ideas of Per Henrik Ling who based gymnastics on anatomy and physiology, thereby opening up the remedial and educational possibilities of gymnastic exercise. Stansfeld was recruited by Madame Bergman-Österberg as an instructor for the new Hampstead Physical Training College in 1885, but left three years later to teach gymnastics and games at various girls' schools including the Bedford High School for Girls. In 1899 Stansfeld played a key role in founding the Ling Association designed to promote Swedish gymnastics and to define professional standards and values.

Rehearsing for Wembley Festival of Youth, 1937 The Ling Association established a Gym Teacher Diploma and Bedford Physical Training College was inspected and recognised for the examination in 1906. In 1935 the College was recognised by London University for the award of the Diploma on Theory and Practice of Physical Education. This remained the students' major qualification until 1953 when it was replaced by the Teacher's Certificate Examination of the Cambridge Institute of Education. In 1970 an internal Honours Degree combining Education & Physical Education became available to Bedford students at the University of Cambridge. 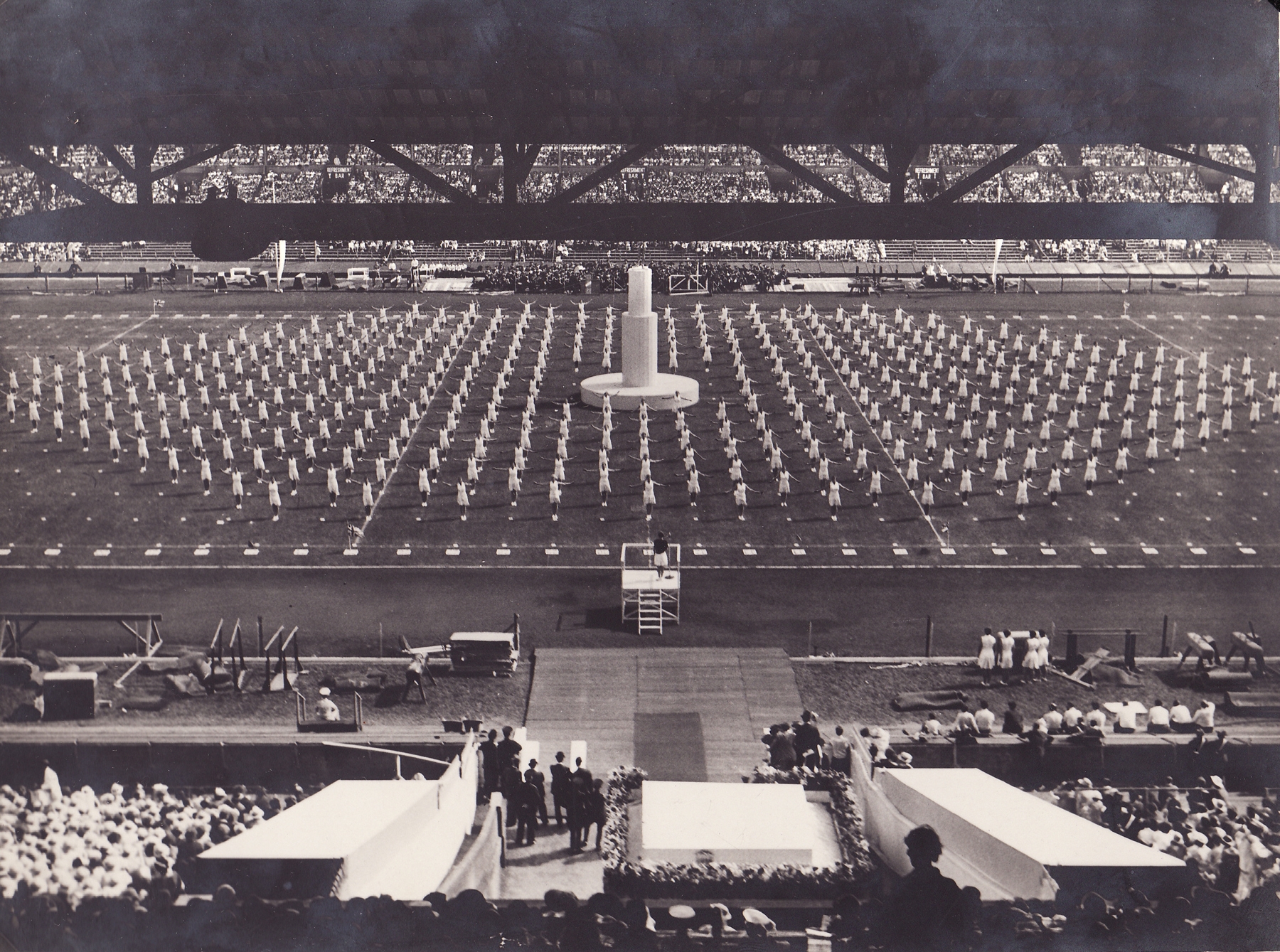 As a private college Bedford was wholly dependent on fees, having no other sources of income. To assure its financial future, ownership of the College passed from the personal property of Margaret Stansfeld to shareholders when it became a private company – Bedford Physical Training College Limited – in 1930, although Stansfeld was the principal shareholder and continued to make her presence felt. Discipline, regimentation and exacting standards dominated college life. Although Stansfeld was remarkably responsive to developments in her profession, the ethos of the College remained relatively unchanged until her retirement as Principal in 1945.

At the start of the 1950s the College faced an uncertain future. Entrance applications for 1952 were down to only half of what might have been expected, due in part to an increase in fees, but also to the refusal of four Local Education Authorities to make grants at Bedford, and with many others prepared to consider assisting students at independent colleges only if there were no places available at those maintained by LEAs. The new Principal, Eileen Alexander, needed no convincing that the day of the private college had passed. BPTC Ltd went into voluntary liquidation and passed to the control of Bedfordshire LEA on 1 August 1952 following negotiations conducted by Alexander. The College was 'sold' to the LEA for £57,637.

Throughout the 1950s and 1960s the College underwent significant development which included the completion of an extensive building programme on the Lansdowne Road and Warwick Avenue sites, an increase in student numbers from 150 to 450, and remodelling of the curriculum to include Principles of Education and the subsequent introduction of special (subsidiary) courses in English, Drama, Music and Art at the expense of medical and remedial work, the last feature of the Ling tradition.

In 1976 the College merged with Bedford Training College (formerly Froebel College founded in 1882 & located at Polhill) and Mander College of Further Education (formerly the Bedford Technical College established in 1919) to become the Bedford College of Higher Education. The merger was brought about by Circular 7/73 issued by the Department of Education which called on LEAs to submit plans to reorganise the colleges, estimating that by 1981 65,000 places would suffice for teacher training (there were 114,000 places in 1973). By the end of the 1970s this projection had been cut to 35,000. On paper, the Bedford Physical Training College had disappeared.

Bedford College of Higher Education left control of Bedfordshire County Council in 1994 to become the Lansdowne and Polhill campuses of De Montfort University, Bedford. Twelve years later the University of Bedfordshire was established following the merger between the University of Luton and De Montfort University's Bedford campus. The final chapter in the College's history occurred in 2007 with the sale of the houses in Lansdowne Road and Warwick Avenue and the transfer of the Lansdowne campus to Polhill Avenue.

Further information about the history and development of Bedford Physical Training College is available in the following publications:

@uoblibrary
Concerned about managing your time over the exams period? Check out our study hub guides on https://t.co/abOWSOb471… https://t.co/6aukqjCneX

@uoblibrary
RT @uhlr: Library colleagues at Uni of York have written a great thread about the current state of e-book provision in University Libraries…

@uoblibrary
Stressing out over exams? Help is at hand!! StudyHub Online can offer help with: ~Techniques on how to revise… https://t.co/MSWpZzyd72

@uoblibrary
Top searches in DISCOVER April 2021 Tip - if you want to use Westlaw, it's a lot quicker to use the link in the li… https://t.co/skHUTmE5Gr

@uoblibrary
Enjoy your Bank Holiday this Monday! Luton and Bedford Library will still be open, staffed by security only. 08:30am to 20:00pm

@uoblibrary
Happy 1st May ☺ this month our libraries are focusing on how we can reduce stress and boost our chances of success!… https://t.co/lCDKrN4svW

@uoblibrary
Study Hub will be closed on Monday 3rd May for the bank holiday. We will reopen on Tuesday 4th May.

@uoblibrary
If you need study skills support over the bank holiday, you can access self-help resources including web and video… https://t.co/eSxwpSswQE